- Founder and President of "The Children For Peace"

What is the current situation, with the covid, in the areas where you operate with TCFP?

The areas where we operate are all on shutdowns. The Waunana children are studying online and that is thanks to our Ambassador, Nabila Khashoggi. Without her, they would not be able to continue. In Gulu, Uganda, the children are out of school and because of the remoteness of their homes and the poverty, they cannot study online. In Lebanon with the Syrian refugees, we have a similar situation where they are out of school as well. We are hoping that because the teachers live in the camps, they may be able to do something to assist the children somewhat in their education. In Mali, the school is in the village and I am waiting for a report from the there to see what they are able to do to continue. In the Palestinian territories, the schools are closed and we are hoping we can continue our supplementary educational program in the New Askar camp sometime this summer. This will give the children some support in continuing their education.

Have you had problems with your benefactors because of the CoVid?

CoVid has interfered to a degree with our fundraising. However, we have two incredible Ambassadors for The Children for Peace: Nabila Khashoggi and Piero Piazzi. They have not stopped contacting people and they have been able to continue their work in support of the children. This has resulted in some funds arriving, which are badly needed. Their work has really been phenomenal during this crisis. Part of the CoVid situation is also getting the assistance to the children. Stay-in-Place has created barriers so delivering supplies to the children has been difficult but we have managed so far to slowly make the deliveries. 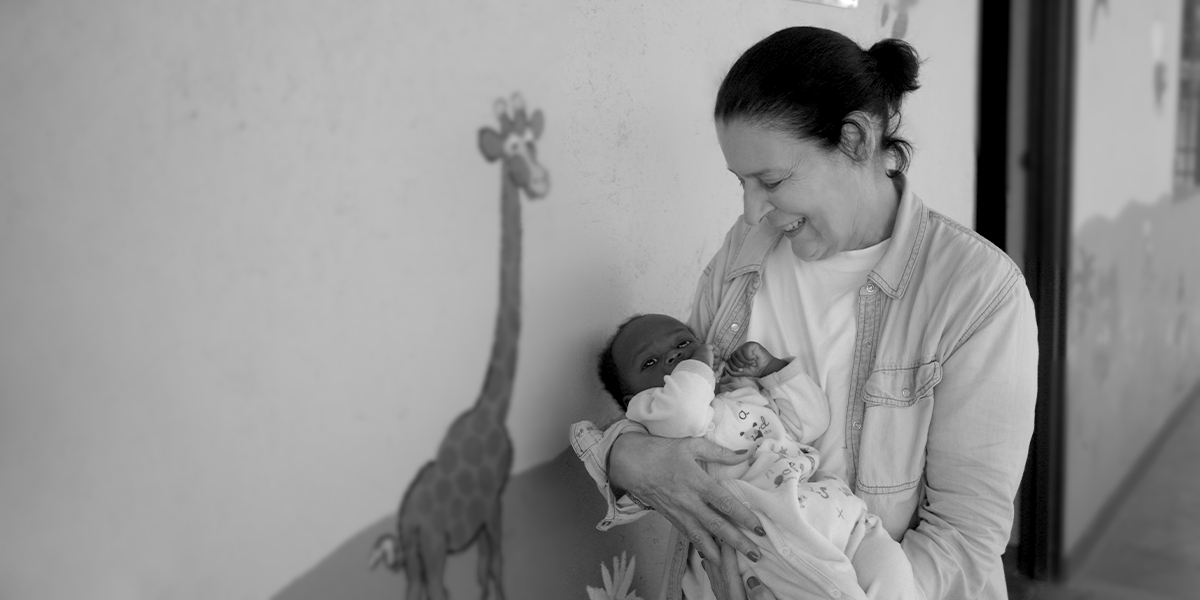 What does it mean to do good? and why do it?

Doing good is a personal concept that transmits something of benefit to another. If we look at doing good in this way, then every action any of us take that benefits another is “doing good.” Sometimes that is financial help, sometimes it could be in the form of food, supplies or clothes. This is probably how most of us look at “doing good.” But it can also be something as simple as helping someone who needs us to cross the street or wiping a tear from a child’s eye or volunteering with an ONLUS. Doing good takes many forms.

Which country affects you the most?

Each country impacts me in its own way. Each country has its own cultural aspects, its own needs and its own beauty. But every country has a child who needs a helping hand. I don’t have any particular country which affects me the most because any time I see a child in need, I am impacted.

In all these years, 15, you have accomplished many things, a lot of different forms of aid. Is there anything that made it particularly “significant”?

What stands out to me the most is the compassion, care and kindness shown by our donors for the children we support. This is a consistency that touches me deeply. The unending love of children, the in-depth understanding of the circumstances of so many children who need a helping hand and the willingness to provide the children with what they need have been the means to pave the road for these children to walk into a brighter future. This is something I will always remember and for which I am so grateful. We stand together to build the future for so many children.

How is the non-profit organization composed? who are your volunteers?

The ONLUS was founded by Lamia Khashoggi and me in the beginning of 2005. In July of 2005, Massimo Leonardelli organized a dinner where we raised funds and he became the Vice President a few years later. He was truly the first volunteer and has organized every gala in Italy since 2005. He has also spent innumerable hours over these years finding donors and volunteers for The Children for Peace for our work in Africa. Over the years, we have had several key individuls who have been volunteers year-after-year. These volunteers are Italian, American, Colombian, Syrian, Palestinian, Malian, Indian, Spanish, Ugandan and French. Our work is solely performed by our international volunteers and those on-the-ground in each country. Without them, it would be extremely difficult to operate because we are a volunteer based entity.

By now, first in Rome and now in Milan, your gala has become an event not to be missed, how important is this appointment?

Our annual galas are vital. They began in Italy and later Spain and France. The gala in Italy is crucial for us. Italy is the home of the ONLUS, it’s where we began and where we raised our first funds. It’s a gala of excitement and love among so many friends who never fail to support the children. It’s different from most galas in that it is a time of happiness and joy among all the guests. They are happy to see the work we do, happy to be together, happy to see the projects the funds support and happy to be a part of the creation of a new future for the children. So it has become a place to share happiness and joy for the children. And like the children they support, they smile all evening.

A memory linked to these 15 years of activity?

For years I traveled to all the countries alone to check on our work and see the children we support. In 2013, I took Massimo Leonardelli with me on a trip to Africa where I was visiting some of the children we were supporting. The impact on him is something I will never forget. He was deeply touched by what he saw and he could see what all the work he had been doing to help raise funds was for. And that year we had our first university graduate – a young man from extreme poverty who went to university on the Montserrat Caballe’ scholarship funded by The Children for Peace.

Do you want to leave a slogan or a motto?

“Stronger Together We Build the Future One Child at a Time.” Join us!